The history of göldo music is inseparably linked to that of Dieter Gölsdorf. In 1978, Gölsdorf began offering mostly self-designed replacement parts at affordable prices directly to musicians and guitar fans under the name Rockinger - with great success. Rockinger gained an outstanding reputation in no time at all with Gölsdorf's numerous inventions and developments around the electric guitar. 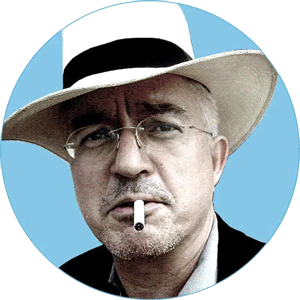 Products such as the world's first electric guitar and bass kits, the first humbucker-sized P90 pickup, the first fine-tuning/locking tremolo, which went down in history as the Tru Tune Tremolo, and much more revolutionized the market for guitar parts in Germany at that time. Ground was prepared for what was to be continued and expanded a few years later with göldo music GmbH.

Have a look at this very worth reading website dedicated to Dieter Gölsdorf and his innovations (in German): www.dieter-goelsdorf.de

In 1991 - when Rockinger was already history - Gölsdorf founded a new company and named it göldo music. Instead of supplying the musicians directly as under the Rockinger flag, göldo music has been set up from the beginning as a pure wholesale company, offering the guitar trade and guitar manufacturers worldwide high-quality guitar parts and sophisticated workshop tools.

Ten years later, the göldo story really took off when Ingo Renner as managing director - and soon as a partner - took the helm of the company and from then on Gölsdorf could fully concentrate on developing new guitar parts.

What began as a visionary one-man business in the basement of a former bakery in Hanover has developed over the years into a dynamic company of about 30 employees who send parcels with everything a guitarist's and luthier's heart desires around the globe day after day.